The terms ‘on-road caravan’ and ‘AL-KO’s Toughest Tow Test’ might seem like they don’t go together, but this was no incongruity. The New Age Wallaby 18ER, fitted with on-road AL-KO running gear, was hauled from pillar to post through the Victorian High Country during the event. And this was amid stunning alpine scenery, sprawling mountain pastures, and a fantastic array of sealed and unsealed roads...

The aim of this expedition was to push the on-road Wallaby to the limits of what AL-KO’s ‘on-road’ components would be expected to do.

I picked up the Wallaby from New Age Caravans HQ in Epping, Vic, before setting off for the old-world township of Dargo, nestled in the foothills of the legendary Dargo High Plains. 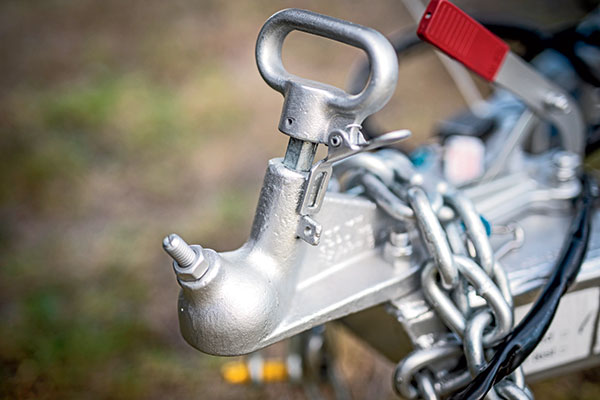 The Wallaby’s real tour of duty really started the next morning when our convoy of four vehicles and two vans took off through Dargo and its surrounds to put the on-road vans to the test. And yet, I was consistently impressed with its agility and manoeuvrability as we scurried through the quaint little villages and tracks outside of Dargo.

In fact, it was travelling so well behind CW’s Toyota LC79 Series, I even thought of taking on the Billy Goat Bluff and Bulltown Spur tracks!

The action became even hotter the following day, as we fastened our seatbelts for the bumpy ride from Licola to Jamieson. This was the Wallaby’s true litmus test and, as far as we were all concerned, it passed with flying colours.

It made a ‘Wallaby Stew’ of a 93km stretch of winding turns and steep inclines on the narrow unsealed road into Jamieson. And it further showed it was one tough mudder from an on-roader perspective.

It was a big day out on the tracks and just before nightfall, we arrived at the picturesque Skipworth Reserve campground outside of Jamieson. But the TTT adventure was far from over, and the following morning we headed for Mansfield – with a couple of detours into the steep valley that is home to some old mountainous settlements. This trek was a little more demure than the Licola-Jamieson run, but the Wallaby was well up to the mark and not allowed to rest on its laurels.

Finally, we descended upon Mansfield where we were met by the rest of the Toughest Tow Test team with the offroad vans in tow, ready to take their turn (keep an eye out for all that action in the next issue of Caravan World).

Victoria’s High Country is revered as one of Australia’s ultimate 4WD destinations. And true to form, the AL-KO Toughest Tow Test meted out some punishment to the on-road New Age Wallaby. But here was an on-road van with on-road running gear, giving as good as it got.

The Wallaby was fitted with AL-KO seven-leaf Roller Rocker suspension, and I was amazed how it handled the harsh terrain served up to it during the TTT. While suitable for rougher terrain, doesn’t have the same clearance or suspension travel as independent trailing arm systems, like AL-KO Enduro Cross Country which is an option on this van.

The Wallaby behaved perfectly and did everything we asked of it over this journey. You’d you expect that from an offroader – but this surefooted on-road Wallaby never put a foot wrong as far as I’m concerned.

Wallaby’s interior décor has a touch of opulence not normally found in entry-level vans with a price tag just over the $55K mark.

The one-piece flooring gives the van a solid platform and I liked glossy Laminex benchtops and flush-mount finishing on all the cabinets.

It’s the ideal place to relax after a hot, dusty day on the tracks, courtesy of the caravan-queen-size bed with deluxe innerspring mattress and under-bunk Aircommand Sandpiper air-conditioner. Other little comforts include a sizeable café-style dinette, wall-mounted 24in TV and touchscreen Clarion audio system.

The good-sized kitchen, while it didn’t get a workout thanks to all our campfire cooks, comes complete with a Thetford Minigrill Mk III four-burner gas cooktop, Thetford AES 164L fridge/freezer and a Samsung microwave.

The ramped-up fridge capacity, in comparison to what you get in the Wallaby’s 15ft sibling (90L), is welcomed and reduces the number of trips required to restock camping supplies.

The full-width rear ensuite is pretty orthodox with a nearside fully-moulded one-piece shower cubicle, offside Thetford cassette toilet and a vanity cabinet slotted in between. But it blends well with the interior design, has adequate storage and, more importantly, there’s no feeling of claustrophobia. My only gripe is that it doesn’t have the front-loading washing machine common to many New Age vans. But that says more about its price point than anything else.

On the outside, the Wallaby’s full-width tunnel boot is airy, but that’s where the external storage ends, unfortunately. The checkerplate at the front of the van offers protection, but I still would like to see a mesh stoneguard fitted on the drawbar to shield the twin 9kg gas cylinders.

At the end of its tour of duty, I could honestly say the Wallaby 18ER didn’t look out of place against the convoy purpose-built to handle the rough stuff that met us on the last day.

It was taken well out of its comfort zone and proved a deft performer capable of taking on more than the odd national park dirt road to the campsite.

I estimated that the Wallaby covered close to 1000km during the AL-KO Toughest Tow Test, including the highway runs from, and back to, the city.

And apart from the dislodgement of one drawer in the kitchen, all the internal fittings were completely intact, which says a lot for the leaf spring suspension and the ride it creates.

And there was plenty of shake, rattle and roll – particularly in the rough-and-tumble section from Licola to Jamieson.

You can find the full review in Caravan World #563. Subscribe today for the latest caravan reviews and news every month!