Built by iconic offroad caravan manufacturer Adventure Caravans, the name behind Kokoda and Grand Salute, the Dreamseeker-badged F1 made its debut at Caravan World's Best Aussie Vans for 2017 on the promise it could deliver touring comforts off the beaten track.

Happily, the BAV judging crew weren't disappointed with this plucky number. At just 14ft long, the Dreamseeker F1 rolls on fully independent suspension and includes a comprehensive cooking capabilities inside and out. So what did the judges have to say about F1? Read on and find out!

Ah, the Dreamseeker F1. This really is a fine piece of machinery. The internal layout was a massive winner for me. In fact, I’m absolutely blown away by just how spacious it feels inside from the second you walk in the door, yet there’s no compromise of features. You’ve still got an internal kitchen, shower, lounge and a great sized bed, but it’s all included in a nice little compact design. 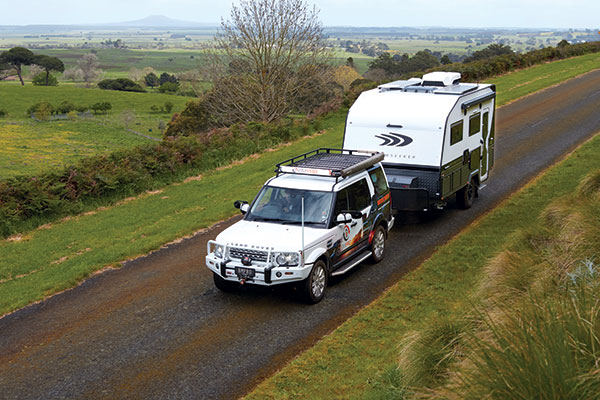 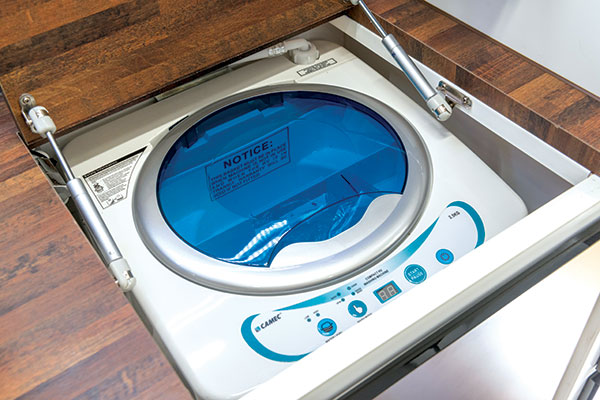 Now in saying that, I thought there were a few things that could be improved on the F1, particularly when it comes to the offroad capability side of things. For instance, it’s quite high for a 14ft van. Although it seemed to tow quite well and you get the benefit of a full height entry door, low handing branches could wipe the smile off your face pretty quickly out on the tracks, not to mention big crosswinds on those major outback highways. There’s also a few bits and bobs left vulnerable underneath the caravan too, which wouldn’t take all that much to tidy up in the grand scheme of things. In saying that, it’s built on a touch Aussie-made Roo chassis and it's stacked full of quality components.

The F1 is still young, but shows a heck of a lot of promise. I’ve got no doubt that with some thoughtful refinement it would be a massive winner for anyone who wants plenty of luxury and even more adventure.

Mighty impressive in stance and bearing for a 14ft van, the Dreamseeker F1 is a top quality contender in the true offroad market.

Built on a 6in DuraGal chassis and riding on a 2.7-tonne, twin-shock single-axle Tuff Ride independent suspension, this van with its 16in rims, 12in brakes and all-terrain rubber will take you further than most.

The fully-insulated body work is built around a meranti frame with aluminium composite cladding giving a very smart and durable look to the F1. Substantial use of steel pearl-looking checkerplate on the lower sides of the van greatly improves protection when on stony roads like the Oodnadatta Track.

Inside the Dreamseeker you have a smart looking interior with an east-west bed up the front. Leather upholstery and wood laminate rolled benchtops along with good looking, well constructed cupboards give the interior a very classy look. You get a full complement of high quality equipment including a three-burner stove, microwave, washing machine and a 185L three-way fridge, plus more – very impressive for a 14ft van!

If you are heading offroad and away from the crowds then the two 120Ah AGM batteries charged with two solar panels and controlled by a BMPRO BatteryPlus35 charger will keep you off the grid for as long as you'd like. An outside kitchen will help you live the dream as you wander the back roads and side tracks of Australia.

What is most interesting about the Dreamseeker F1 is its rather diminutive size. At 4.3m (14ft) it is not a long caravan at all. The Tare mass of just 2060kg is equally surprising. This is all designed to give a caravan that can cope with offroad travel that isn't difficult to handle. The shorter towing length makes it ideal for both tight bush tracks and camping areas that are on the small side.

That means a few design changes inside, like the east-west front bed and sideways facing two-person lounge that allows for other essentials like a fully-equipped kitchen and bathroom.

There are going to be a few compromises of course, like a relatively small kitchen bench with combo sink/cooker and a combined shower/toilet area. However, if lighter weight touring is the aim, then those are small prices to pay. Indeed, one of the benefits of the F1 layout is how its different approach allows it to accommodate so many features.

The Dreamseeker F1 is pricey if you're calculating what you pay per metre of van length but you can take a different perspective when you consider what's fitted in.

The high-tech Dreamseeker F1 is a sporty little number akin to a contemporary five-star suite.

I simply love its lavish internal layout, particularly what I term a ‘Back in Black’ decor – black-matte chrome tapware, black acrylic light switches, and a black shower door.

And it would be remiss not to mention the modern-feel benchtops in a textured walnut-coloured laminate.

You can also throw in a digital Trek display that suits the van’s style, and a linen cupboard capable of holding oodles of travelling apparel and manchester.

And the F1 is ‘really out there’ in the external stakes, especially the minimalistic decals – white ali-comp front wall (black decals) and black ali-comp rear wall (chrome decals).

Not far behind are the Dynamic tail-lights, which increase safety and visibility, and a modern-look 12V awning operated by remote control.

And with a lightweight Tare (2060kg), the diminutive Dreamseeker is not only Prado-friendly but demonstrates agility on tight tracks.

The contingent of external qualities includes a DO35 hitch and stoneguard, twin 9kg gas cylinders concealed in a toolbox on the nearside and a generator slide on the offside, an extra-large gal-lined tunnel boot, exterior shower and reversing camera.

You can also cook up a veritable al fresco style storm with the slide-out kitchen containing a Weber Q and sink. Plus there’s DC-DC charging via a MiniBoost.

In essence, the Dreamseeker F1 really has some serious spunk!

The full feature appeared in Caravan World #570. Subscribe today for the latest caravan reviews and news every month!