We all know the classic images of the Victorian High Country. From Banjo Patterson’s early horseback ruffians to Lee Kernaghan’s swag-wielding, 80 Series LandCruiser-driving mob, the High Country has long been regarded as somewhat of a frontier to be traversed with four hooved feet or a good set of offroad tyres only. Caravans haven’t historically been part of the picture. That is, until now.

When we first put our heads together with AL-KO to come up with a location for the Toughest Tow Test, we knew not just any destination would cut it. 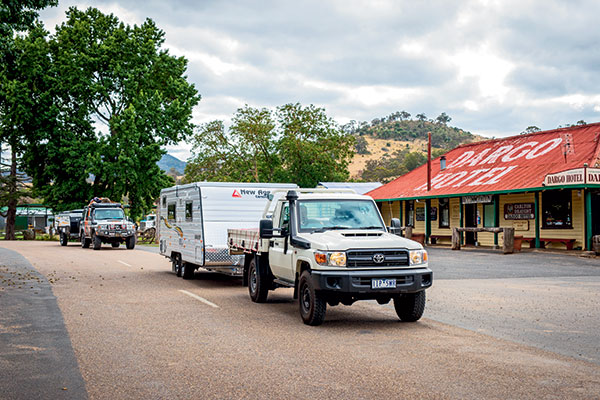 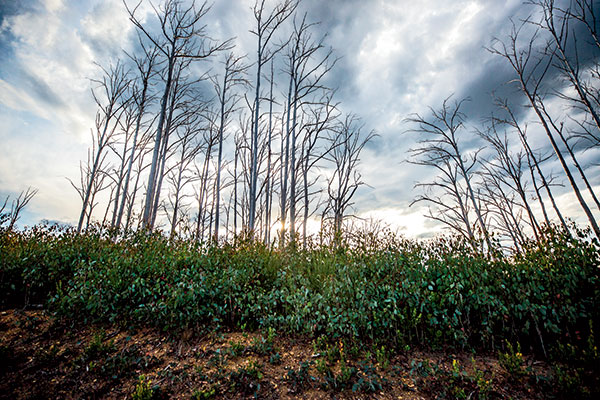 They wanted it to be a serious offroad challenge, something that would really push the vans and their AL-KO running gear to the limit. But, most of all, we wanted it to elicit incredible photography and video, so beautiful it’d make your nanna reach for the Kleenex.

The High Country seemed the obvious choice, although nanna did shed a few tears of dread at the prospect of hauling up to three tonne of caravan deep into Man from Snowy River country, long the domain of the 4WD and occasional lightweight camper trailer. But a nip of brandy and a carefully crafted itinerary soon sorted her out.

The plan was to divide the trip into two halves: the cross-country half (Part 1), which would encompass blacktop, graded dirt tracks, and corrugations, and the offroad half (Part 2), where things would really start to get interesting.

The expedition was led by Anthony MacDonald – Macca to his mates. He knows the High Country like the back of his hand, so I knew we’d be in for a treat.

A couple of days before the trip started, as I drove the 800-odd kays down the Hume Highway toward our starting destination of Dargo, I called Macca for reassurance.

“Are you sure we’ll get the biggest of the vans through some of those tight switchbacks?” I probed.

“Well… yeah, nah, pretty sure,” he offered, with a chuckle. Classic Macca. Still, I was happy to take those odds.

DARGO AND THE AVON WILDERNESS AREA

As anyone who has been to Dargo will attest, it’s the quintessential little mountain town. Located in a sleepy valley surrounded by rolling cattle country and mountains, Dargo has a sleepy main street, a pub that oozes character and plenty of space to set up the caravan.

After a hearty meal and a good night’s sleep at the Dargo River Inn, we set forth toward Jamieson via the Avon Wilderness Area and Lake Glenmaggie. Turning on to the Heyfield Road at Dargo, the terrain gradually shifted from pretty farmland dissected by trickling rivers to sweeping, rugged mountains whose vast sheets of smooth granite had us ‘ooohing’ and ‘aaahing’ at all the right moments.

Bushfire is an ever-present threat in the High Country and, in this instance, it had made for a particularly unique visual experience as we meandered through the recovering landscape.

The sparse regrowth left the interesting geological features of Avon-Mt Hedrick exposed, the combination of staggering grey rock faces, burnt earth and wispy foliage creating an otherworldly effect. You’d have been forgiven for thinking we were driving through Texas.

Next came my favourite section of our High Country trip: Lake Glenmaggie to Jamieson via the tiny hamlet of Licola.

After navigating the spur, we dropped down to Lake Glenmaggie then continued on the Licola-Jamieson Road, which quickly became gravel. We climbed steadily and, as we gained altitude, the views became almost too much for my little heart to bear. Vast swathes of blue-green mountains stretched out before us, a fuzz of wispy snowgums adorning their ridges, gentle puffs of cumulus flirting with their peaks. Our view was framed by the oddly beautiful grey carcasses of tall mountain ash trees that lined the road and then, as we climbed ever higher above the snowline, sedate snowgums made diminutive by altitude.

The air here was crisp and icy, with a clarity seemingly reserved for mountain peaks. The silence was broken only by the thrum of the breeze through the trees and the occasional low of cattle gone rogue on the mountain tops.

But what struck me most about the Licola-Jamieson road was how remote it felt, yet how accessible it was. It’s a quality, graded road that’s nice and wide and suitable for most vehicles – although it can get slippery in the wet and is closed in the winter. In the warmer months, caravan owners with sturdy suspension should feel confident to tow on this road. You’ll get to see the most iconic images of the High Country without putting your vehicle or van under too much strain.

TOWING THROUGH THE COUNTRY

After a couple of nights in Jamieson and Mansfield, we commenced the offroad leg of the trip. From the little town of Whitfield, near Mansfield, we trudged along the Rose River Road across rolling farmland to Dandongadale.

We crossed Lake Buffalo at the dam wall, then disappeared into the scrub at the Goldie Spur Track, known colloquially as the Power Line Track on account of the infrastructure to which it owes its existence.

Here we encountered steep, rocky climbs and hairpin switchbacks that really put the offroad caravans and the tow vehicles to the test. We almost cooked a Pajero, but the vans itself handled the challenge with ease.

There were plenty of happy snaps taken out passenger side windows as we climbed higher and the views became more expansive. The country here felt rugged and remote, and we didn’t pass another soul as we dropped down the other side to the Buckland Valley.

Once in the valley we splashed about in the Buckland River, putting the vans’ suspension and AL-KO’s new extreme offroad coupling to the test with a steep descent onto the creek bed and a rocky crossing to navigate.

After a night camped at the idyllic town of Bright (to which I might someday relocate), we trudged along the Great Alpine Rd up Mount Feathertop, destination Hotham Heights. And while this part of the trip was well-trodden blacktop, it should be noted it’s one of the most spectacular stretches of road I’ve ever encountered. As the wide open road sweeps across the ridge of Mount Feathertop, mountains sprawl in all directions like a landscape on steroids. If this were a film the music would reach crescendo in a calamity of sound as our convoy of caravans and support vehicles paraded across the mountaintop. A fitting end to a wonderful trip to the beautiful High Country.

You can win the Ultimate Tough Towing Kit (including a set of clearview mirrors), valued at $6,811. Enter HERE.

The full feature appeared in Caravan World #563. Subscribe today for the latest caravan reviews and news every month!