A survey of the islands in the Kimberley region has, for the first time,revealed the presence of Merten’s water monitor on Augustus Island.

In fact, the list of recorded flora and fauna species has more than doubled on most of the 13 islands where the survey has been conducted so far, between Sir Graham Moore Island and Augustus Island.

The Department of Environment and Conservation (DEC) biologists (WA) are conducting the survey to safeguard the area against the threat of environmental weeds and pests, such as cane toads. 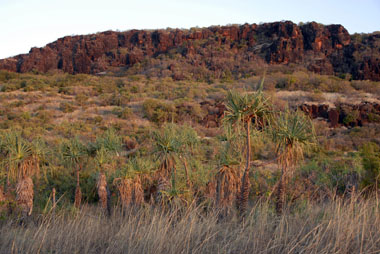 DEC senior research scientist Lesley Gibson said the survey has detected the presence of additional island populations of many animals,particularly snakes and frogs.

"Biodiversity on the mainland Kimberley is under threat from extensive dry season wildfires, feral animals, weeds, soil erosion and the imminent invasion of the cane toad," she said.

"The islands support populations of plant and animal communities that are in relatively good condition and hence have high conservation value, but little was known before this survey about what plant and animal species occur on the islands."