I recently spent a few days at the CMCA’s National Rally in Canberra. As always, it was a good time to get around and catch up with the motorhoming fraternity and also some of the traders who regularly attend rallies. There was a problem this year because of a clash of dates with Melbourne’s Leisurefest, a few manufacturers clearly opted for the more southern city.

But what did cause confusion was the Open Day being held on the first day, not the last weekend as normal. Open Day is when the general public are invited into what is normally a closed site and can wander around to check out the motorhome lifestyle in everything from a Hiace camper to a $500,000 Class A motorhome.

I’m not going to mention any names but I was slightly amused by one trader who hadn’t noted the changed Open Day arrangements and turned up a day later. 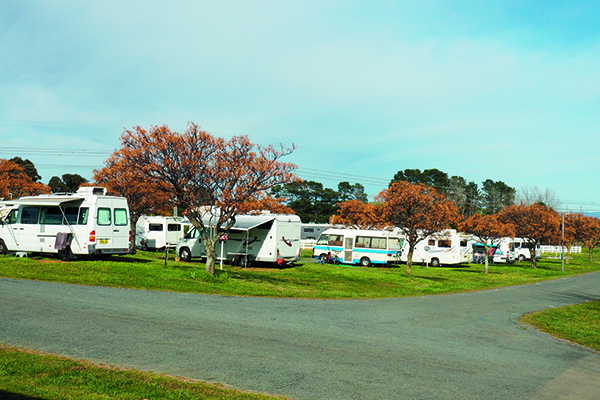 A subject that came up with one of the motorhome dealers involved Australian Design Rule compliance.

I’m one of those people who believe we should dispense with state governments, at least much of the bureaucracy and the state politicians in particular. A hangover from Federation days, I reckon it’s very costly to us all and none more so than in the world of RVs. Here are a few examples...

Delving into the multiple numbers of Australian Design Rules unravels one stating that a motorhome should have an entry door on the left-hand side. Now, the way the clause is worded, it could be interpreted that a cab chassis motorhome imported from Germany is compliant with a motorhome entry door on the left and a walk through from the living area to the driver’s cab. The cab passenger door can be regarded as an entry door. As it happens, that is the correct interpretation. I know, I checked with the relevant federal authority.

In Queensland, they’ve added phrasing to the effect that there should be nothing that intrudes into the entry way; but whether or not a swivelling passenger seat does that is open to debate. In good old New South Wales, they’ve added more wording which specifically states that the cab passenger door is not regarded as an entry door. So which overrides the other, the federal law or the state law? Why is it that a motorhome that is perfectly legal in one state is not in another?

Does this really matte,r you might ask. Maybe not, but we are missing out on being able to buy some very classy and well-designed German and Italian-built motorhomes. Since many of us are getting around in Mercedes-Benzes, BMWs, Audis and Volkswagens and enjoying the experience, then why not a nice Burstner Ixeo 680G or a Roller Team Conquest? Both of which are built on the very familiar Fiat Ducato cab chassis.

And such issues are not only the domain of imports. In Victoria, for instance, an RV of any sort is not regarded as an electrical installation and, therefore, in theory, does not require a licensed person to do any work on 240V wiring, nor sign off on it. This is on an item regularly bouncing around on Australian roads, whereas a house or factory never moves at all. 12V/24V wiring is ever increasingly being used for a ‘house’ electrical system yet there are almost no legal requirements at all.

Even though Australia has a standard (AS/NZS 5601.2:2103) for LP gas installations, it’s interpreted differently between the states. So something like gas cylinder bin access that might be perfectly legal in Victoria is not in New South Wales or Queensland. Some years ago, I was in New Zealand and talking to a bureaucrat concerned with compliance. Because they use exactly the same standard in New Zealand, he told me he had visited Australia to obtain agreement on how the standard could be uniformly interpreted between Australia and New Zealand. However, given the Australian states had different interpretations, an Australian/NZ accord is unlikely.

Then there’s the different matter of appliance certification, a very expensive process for a relatively small market. To be fair, importers like Dometic have to protect their turf because of the direct cost to them. However, one importer told me that they had to remove a water heater from their imported RV and replace it with exactly the same model but one which had the necessary compliance sticker on it. Guess who is paying for that?

I’m not suggesting a wholesale dispensation of ADRs and Australian standards, particularly because of what is coming out of China at the moment. But there has to be a happy, less costly and more standard compromise somewhere, doesn’t there?