When a community group in the Warrnambool / Port Fairy region of South Western Victoria came together to chat about environmental protection and sustainability, it was just the start of what would now become the membership-based association, South West Community Energy (SWCE). Aiming to reduce the region’s contributions to greenhouse gas emissions, they realised they had much in common with the greater caravanning community.

“We think caravanning and community energy have a lot of shared ideals,” says SWCE Secretary, Murray Dancey. “We like adventure, to be independent, try things for ourselves, and enjoy nature with our families all while leaving as little trace as possible on our environment.

Dancey had been interested in caravanning for a few years since he bought an old 1984 Jayco Dove. 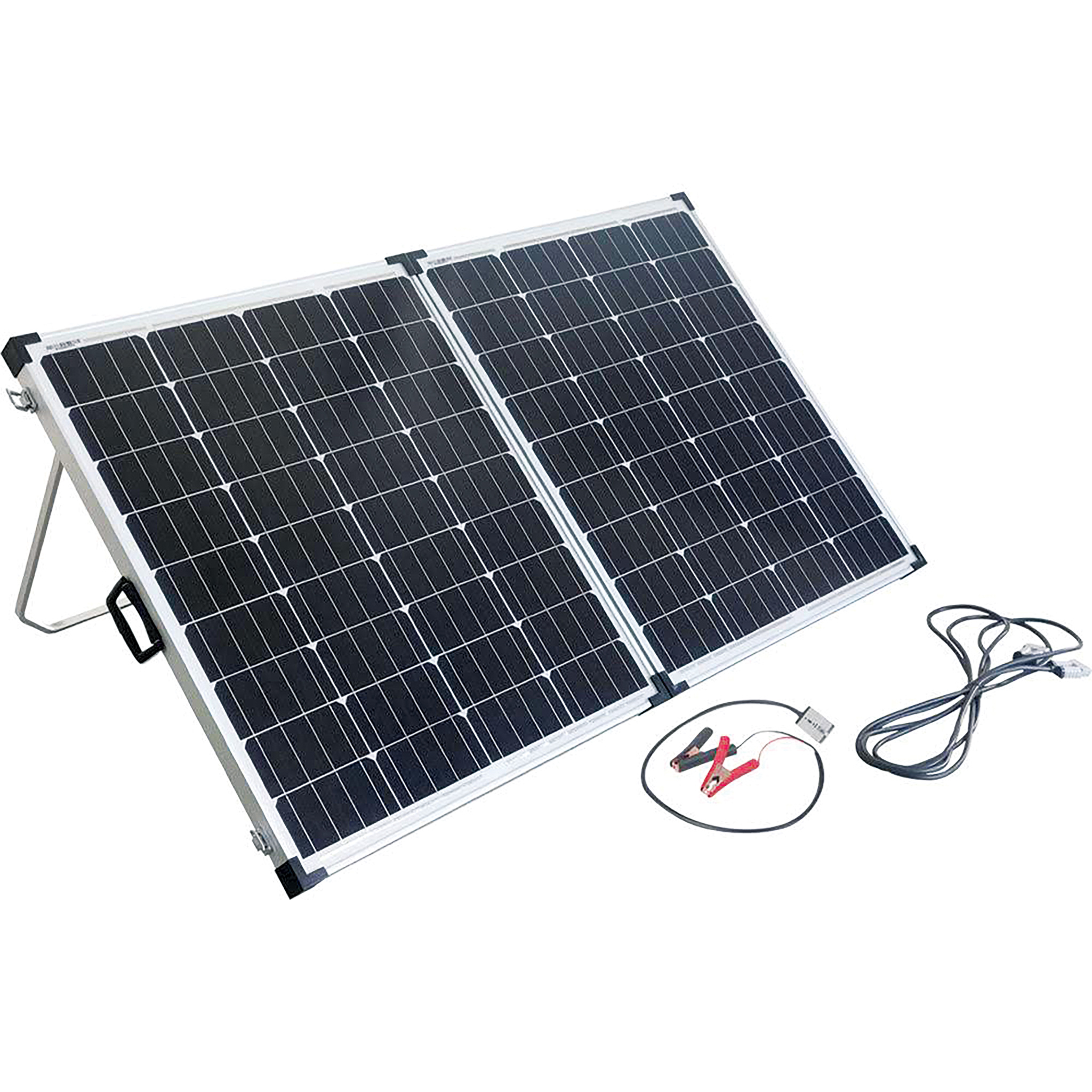 "We’ve had many fun family adventures travelling around Australia with my wife and two young boys," he says. "We’ve been all throughout the south-west of Victoria, up on the Murray and Edwards Rivers, and around the Eyre Peninsula and to Kangaroo Island in South Australia.

"We camped a few nights at some ‘free camps’ south of Whyalla and got introduced to the whole ‘off-grid’ caravanning scene — this piqued my interest in the whole renewable and caravanning world.”

Amanda Gaffey, Vice President of SWCE agrees. “Renewable energy and travelling sort of go hand-in-glove," she says. "As the technology of solar panels, batteries, inverters and electronics have gotten cheaper and easier to use, it makes sense to build these things into your caravan. Then you have the flexibility of going where you want, for as long as you want.”

From this shared commonality, a much larger concept was created. A project that both helped the environment and promoted sustainability while showing fellow caravanners how they can stay and play a little bit longer at free campsites and off the grid with minimal environmental impact.

The organisation began a fundraising effort to establish a Community Energy trailer which could be taken to community events in the region and showcase the variety of ways travellers could equip their caravans with energy-efficient systems.

“When we were looking at a type of office for our community energy group, we thought what could be better than a mobile office / showroom that we can travel around with, keep warm and dry, and also teach people about renewable energy,” Dancey tells Caravan World.

The plan was to outfit the van with the latest examples of sustainable and renewable technology, showcasing these to raise awareness around renewable energy and how easily it can be used, especially on the road.

Dancey adds that a great deal of the time and consideration has been spent coming up with catchy artwork design for the caravan.

“With a bunch of different people involved, including sponsors, it took us quite a few weeks to decide on the design," he says.

"Now we have that settled, the actual fitout of the van with the power supply system and with painting the design will only take a couple more weeks.”

Volunteers were also on hand to provide information on the organisation as well as addressing public interest and answering questions on renewable energy production and how we can adapt to the increasing effects of climate change.

From coffee machines to mobile charging devices and much more, the technologies and gadgets installed in the caravan were surprisingly easy to use and quite practical, says Gaffey.

“Many appliances have also become much more efficient, so you really don’t need to sacrifice much to be renewable-powered,” she added.

So what did it take to upgrade an everyday caravan into an energy-efficient home?

“The van is from 1992, but it's been well-maintained, and upgraded over its life," adds Dancey.

"It was already wired with 12V and 240V wiring. We installed a 100Ah AGM deep-cycle battery, a Victron MPPT with Bluetooth power monitoring, a Victron Phoenix Inverter, a portable 160W folding solar panel and various connectors and plugs.

“We also installed USB charging ports for mobile phones and devices. It’s all really easy to use and simple to monitor on your phone or tablet."

Dancey says the technology has significantly advanced in recent years, especially in ease of use and affordability.

“Now with all the apps like Victron’s Bluetooth function, you can see how everything is performing in real time, which takes a lot of the hassle and guesswork out of it," he adds.

“The biggest challenges have really been just getting the funding together, deciding on a design and organising everything that needs to be done. We are a community group, so most of the work is done on a voluntary basis and funds are tight. Mostly, it's been just a lot of fun and learning!”

FROM CONCEPT TO COMPLETION

The outside design of the Energy Caravan incorporates the group’s logo and includes a range of characters including Windy Wallaby, Sunny Lion, and Earthy. The caravan’s colours also represent both the land and sky, and a temperature gradient representing climate change.

The concept designs for the caravan

“When I first began working with SWCE, I was asked to include a mascot called the Windy Wallaby which acted as the face for the group,” says Steere.

“I worked on this concept further, creating the start of a series of mascots that all represented different issues.

"The idea for the caravan was to have the mascots holding hands around the entire van as if they are standing in unity. To reinforce this unity, I added a gradient to represent temperature rising, and the mascots standing holding hands to stop the rise in temperature, suggesting that these are things ‘we’ can do.”

From festivals to community events, the public response to the concept has been overwhelming positive, says SWCE President Genevieve Grant.

“People love it,” she says. “We had the van on display at the recent Port Fairy Folk Festival, and with almost 20,000 attendees, we had lots of attention. People want to know what it’s all about, how it works, what are we trying to advocate for, and where can they sign up to help.

"The support from fellow caravanners and campers has been overwhelmingly supportive, people just want to help, that’s the sharing spirit of most caravanners.”

The group expects the van to be completed in June and ready for a range of engagements in the second half of the year as it continues to hit the roads of Victoria, sharing inspiration for a cleaner future.

Interested in upgrading to more energy efficient technology? Dancey says that starting with the solar calculator on a

variety of different websites such as Redarc's are easy to use and allow you to get an understanding of how much power you’ll need to keep your appliances running seamlessly on your next adventure.