With the competing vans dotted around the grassy park, nestled at the base of the surrounding hills and perched alongside the babbling river, the BAV crew was accommodated in the park’s many holiday units, and the large communal camp kitchen became our event HQ, easily large enough to host our group of 20-odd plus other campers that came and went. 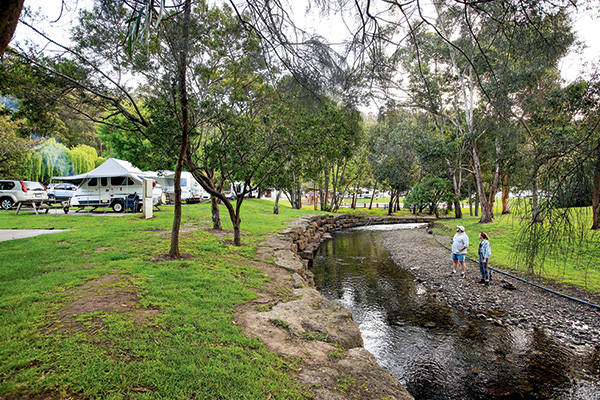 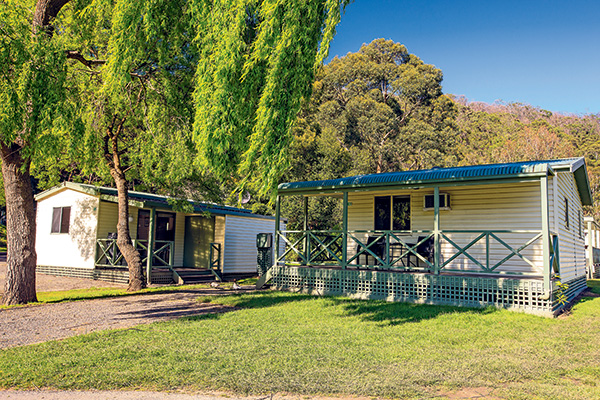 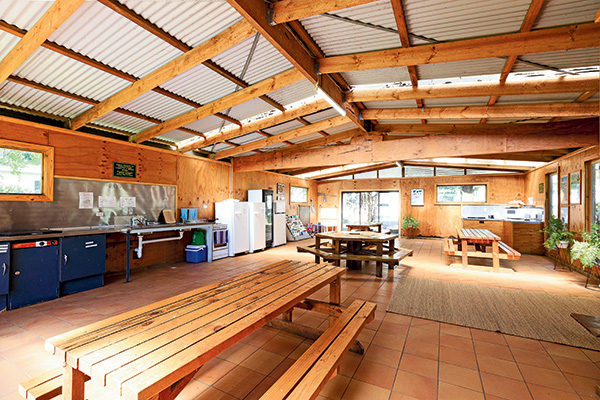 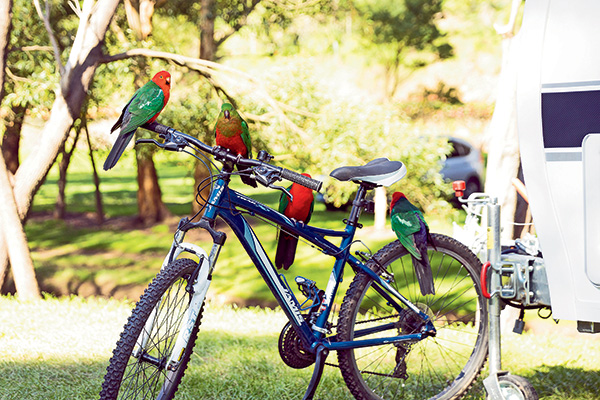 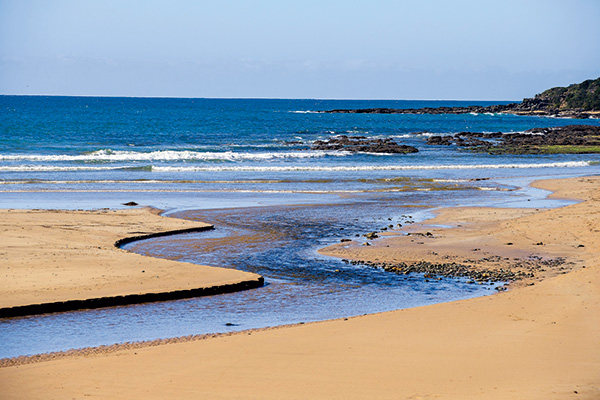 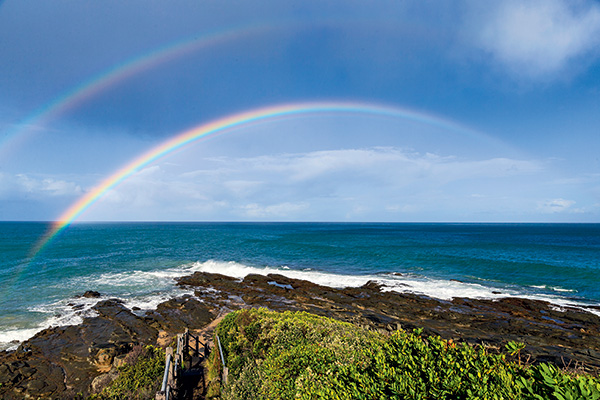 The Big4 Wye River Holiday Park is located on Victoria’s spectacular Great Ocean Road, between Lorne and Apollo Bay and about 2.5 hours from Melbourne via the coast. Set on 25 acres, Big4 Wye River has plenty of open space and holds up to 1000 guests.

The park has several accommodation options including one-, two- and three-bedroom holiday units, which are all well-appointed and family-friendly. You can choose between more secluded locations or those directly opposite the children play area to keep a visual on the kids. There are large sites on lush green grass designated for caravan and camping, with many situated on the river’s edge.

I’ll give credit where credit is due and the three amenity blocks, two of which are only a few years old, are pristine clean. I even heard one camper describe them as “five-star hotel bathrooms”. What’s more, all the shower recesses have designated screen doors – no flimsy plastic curtains here! Laundry facilities and barbecues, along with the camp kitchen, are also available to guests.

I experienced first-hand the great food and family-friendly atmosphere of the iconic Wye Beach Hotel, which overlooks the beach, and the Wye General Store and Cafe (the canapes are delectable). Both the hotel and general store are virtually at the entrance of the park and just a short walk away.

There are endless places for kids to play within the park, which has the river meandering through its centre, and loads of space for bikes and scooters. I watched children climb the hills, and even build a rock bridge across the river. An adventure playground, games room, pedal go karts and a giant jumping pillow also kept the kids occupied.

I was amazed by the myriad of wildlife I saw during my stay, including kangaroos and koalas which are frequently seen throughout the park – and we even saw a couple of echidnas. But even more wonderful was watching the vast array of birdlife, including king parrots, kookaburras, rosellas and cockatoos which populate the park. For the real bird enthusiast, countless more bird species can be spotted, including satin bowers and the rare ruphous bristle bird.

The park is in close proximity to some of Australia’s best mountain bike trails in the forest, walks and waterfalls, and fishing spots and surf breaks.

Back in 1882, Wye River was occupied by settlers – brothers Alex and Donald McCrae, who were looking for an area suited to farming and fishing and chose this site. They named their farm ‘The Wye’ after a river in Wales, UK. Now a popular seaside tourist town, Wye River’s off-peak population is around 150, but this number swells to over 4000 during the holiday seasons.

The tranquil coastal hamlet of Wye River is ideal for those seeking a sea change or tree change. But that sedate life was disrupted only a week before Christmas last year when a raging bushfire swept through Jamieson Creek before jumping containment lines due to burning embers and spreading to Separation Creek and Wye River.

By the time it was extinguished, the ‘Wye River – Jamieson Track’ fire burned 2500ha of the Otway Ranges, destroying 98 homes in Wye River and 18 in Separation Creek. And then, in late September this year, flood damage causing landslides shut down the Great Ocean Road between Wye River and Apollo Bay. But all along, the stoic locals have stood firm, even though all-important tourism was severely affected during both these holiday periods.

Visitors can enjoy a range of activities such as camping, fishing and hunting, wildlife watching, horse riding, bushwalking, mountain bike riding, car touring or 4WDing. And there are also many beautiful places to picnic including Blanket Leaf, Sheoak, Distillery Creek, Grey River and Moggs Creek.

There are also a number of walks near Wye River such as Lower Kalimna Falls, a gentle walk follows the route of an old timber tramway with interpretative signs that help bring the history of the trail back to life; Ocean View, a pleasant forest walk offering spectacular coastal views and kangaroo sightings; and Cora Lynn, a gentle walk through lush fern gullies to stunning cascades framed amongst a backdrop of native ferns and mosses.

The full feature appeared in Caravan World #558 December 2016. Subscribe today for the latest caravan reviews and news every month!