Considered by many to be the most beautiful place on the planet, New Zealand boasts an incredible diversity of landscapes and terrains, from rainforests and geysers to the snow-covered peaks of mighty mountains, and is jam-packed with natural and cultural attractions.

Our South Island journey from Christchurch to the West Coast via northern climes is one of jagged mountains, dramatic coastlines, raging rivers, quaint towns, sunbathing seals, and scenery that makes you gasp with the sheer beauty of the panoramas around you. 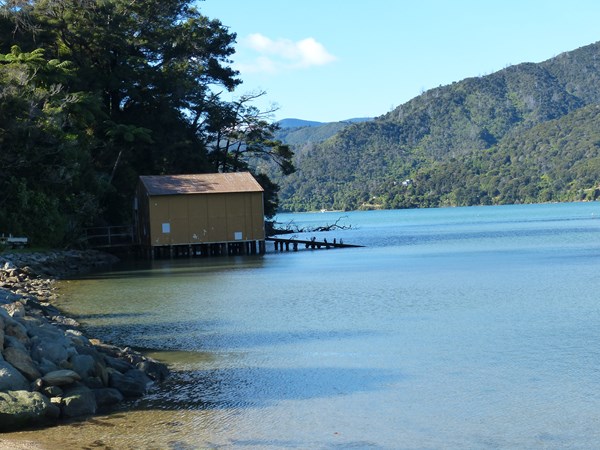 The RV Super Centre near Christchurch Airport is a busy place. Here, holidaymakers collect RVs to set off exploring the country Lonely Planet named in the Top 10 countries to visit in 2018, withNew Zealand ranked fifth on its Best in Travel list this year.

We’re briefed about our Maui Ultima Plus, which has features including quality bedding, shower, toilet, barbecue, TV and WiFi.

Comfortably settled into the Maui, we head north, passing mountain ranges that look like they have been draped in vivid green velvet, vineyards, groves of pines, and small villages on the 180km journey to the seaside town of Kaikoura.

Kaikoura hit the headlines on November 13, 2016, when a powerful 7.8 magnitude earthquake shook the region. The earthquake caused major damage to infrastructure, and road and rail links were closed after land slippages and damage to bridges.

Approaching Kaikoura there are extensive roadworks: 18 months after the earthquake, the road into Kaikoura has only been fully open for five days.

Waiting for a green light to continue towards town we see seals sunning themselves on rocky beaches, the jade-green ocean shimmering in the distance.

Built on an isthmus surrounded by two bays, Kaikoura—Maori for “a meal of crayfish”—was an early Maori settlement. European settlement brought whaling to the area in 1843.

Today, Kaikoura has changed its focus from destroying marine life to preserving it, and natural attractions include dolphins, seals, albatross and lots of whales: Kaikoura is one of the few places in the world where sperm whales can be seen year-round.

About six sperm whales are permanent residents, said Mollie from Whale Watch Kaikoura, situated at the town’s historic railway station. Here, visitors learn about whales—other species who visit at different times of the year include blue, orca, pilot, southern right and humpback whales—before boarding a boat for a two-hour cruise to spot the mighty marine mammals.

The Christchurch to Picton railway opened in 1945 to the great joy of locals from isolated coastal settlements. The scenic trainline follows the road, which we set out on for the 156km drive to Picton, in the heart of the Marlborough Sounds.

There’s more roadworks on the way out of town—it took a year, a month and a day for this section of the road to open following the earthquake, Mollie tells me. Winding along the coast beneath towering mountains we pass Waipapa Bay and cross the raging Clarence River.

At Kekerengu we see more seals basking on the long sweep of pristine beach—from here, next stop Chile.

“Welcome to the Marlborough Wine Region” says a sign about 10km past Kekerengu. Maori once cultivated kumara (sweet potato) in this fertile area of rolling downs, now recognised as one of the premium wine regions of the world.

Marlborough is home to more than 100 vineyards that stretch across hills and dales framed by towering emerald mountains, some dusted with snow.

Situated in the heart of Marlborough, Blenheim is one of New Zealand’s sunniest towns with an annual average of 2,438 hours of sunshine. There are a dozen wineries alone within three kilometres of Blenheim you can experience on an Explore Marlborough Wine Tour.

The sun shines too in charming Picton, 28km north, on the South Island’s far north coast, where the Interislander Ferry departs on the 3.5 hour voyage to Wellington and the North Island.

A Maori Pa (village) for more than 300 years prior to European settlement in 1844, Picton is clustered around a sheltered harbour at the head of Queen Charlotte Sound. Here, boats depart on dolphin-watching and guided sea kayaking tours.

While Picton is home to several campervan parks, we continue to Momorangi, 20km west of Picton along Queen Charlotte Drive.

Once promoted as the “Treasured Pathway,” Queen Charlotte Drive is a spectacular winding road that links Picton to Havelock, 60km west, and described as “like cruising the Marlborough Sounds without a boat.”

Marlborough Sounds has 1500km of coastline, with sheltered bays and beaches. There are plenty of places to pull over and take in amazing views on the windy road to the village of Momorangi, where we pull into the Momorangi Bay Campground.

There are only three other campers on our May visit to this idyllic spot beside the bay, lapped by tranquil waters and surrounded by foliage-covered hills. Run by the Department of Conservation, the campground is quiet and peaceful—but it’s not always like this, said manager Wayne Foley.

“From Christmas to the end of January the campground is always full; Momorangi is a much-loved destination for holidaymakers, about 80 per cent of whom are from Christchurch. Some families have camped here for four generations.”

About six sites are kept open during peak periods, said Foley, but it’s wise to book well in advance if planning to travel during holiday periods.

Following European settlement, Maori grew strawberries in this beautiful place. Sheep farming was attempted, and failed, and from the 1950s the region returned to its natural beauty.

We nab a prime campsite near a little wharf, where the water is so translucent you can see huge starfish and fish gliding beneath the waters.

In the morning, ducks glide across the sparkling bay and gulls swoop overhead. A seal lazes on the back of a boat, and little Hector’s dolphins splash in blue-green waters.

Rounding continuous corners, we continue in a dramatic climb and descent with panoramic views of Mahau Sound on the 20km drive to the old gold-mining town of Havelock.

Huddled around the meeting point of the Pelorus and Kaiuma rivers facing Pelorus Sound, Havelock calls itself the “green-lipped mussel capital of the world,” and its historic main street includes cafes where mussels are king.

Fishing is big here, and Havelock features a veritable flotilla of luxury watercraft at its marina.

From here, it’s 74km to Nelson, the South Island’s oldest city. Travelling through rich farming country we pass old gold-mining settlements such as Canvastown; villages like Rai Valley, Okiwi Bay—home to mussel and oyster farms—and Hira on the Wakapuaka River.

Established in 1841, Nelson is clustered around a bay of steely-blue waters, and features some fine heritage buildings, the epic golden sands of Tahuna Beach, and plenty of seafood cafes near Port Nelson.

From here it’s 60km to popular Kaiteriteri, which has a golden, sandy beach that attracts masses of visitors—even during off-season.

Opposite the campground, water taxis and larger boats depart for the Abel Tasman National Park—renowned for more sandy beaches and rugged mountain ranges—and for those interested in a bit more adventure, hiking and kayaking. After overnighting in Kaiteriteri we depart for the 236km drive to Westport on the wild west coast.

Heading southwest through the fertile Motueka Valley, we see apple orchards stretch into the distance. There’s little traffic on the road as we drive amid countryside framed by mountains that also produces walnuts, persimmon, kiwifruit, hops, hazelnuts, blueberries, and grapes.

At times, the road winds alongside some of New Zealand’s famous “threaded” rivers, including the mighty Buller River. White cloud swirls around deep valleys in scenery that is otherworldly; it simply takes your breath away.

Another gold-mining town, Murchison, today calls itself the “whitewater capital of the country,” because there are rivers everywhere—the Gowan, Mangles, Matiri, Glenroy, Matakitaki, Maruia and Buller.

Continuing on Highway 6, we stop at the Buller Gorge Swing Bridge, 14 kilometres west of Murchison, where a narrow bridge spans the dizzying heights of the raging Buller River.

There’s a smaller swing bridge at the ghost town of Lyell, 35km south of Murchison.

Lyell was described as New Zealand’s most inaccessible goldfield in the days when the Buller River was the only highway to other settlements.

In the 1870s, Lyell boasted six pubs, three stores, a school and a newspaper. Today nothing remains but the Old Ghost Road, kilometres of hiking trails traversing native forest, river flats and forgotten valleys of the Buller region.

From Lyell, it’s 62km through countryside featuring jagged mountains and verdant valleys to the coal-mining town of Westport on the wild west coast.

Fortunately, Cape Foulwind, 16-kilometres west of Westport, doesn’t live up to the name Captain James Cook gave it in 1770; instead, while the ocean pounds onto a stony beach far below Cape Foulwind Lighthouse, the sun shines and there’s little wind as we explore freedom camping sites in the area.

During the heyday of gold-mining and timber-milling there were hundreds of pubs on the West Coast. Cape Foulwind’s Star and Garter is one of the few remaining. Relax before an open fire—if you can move the owner’s dog, Governor—at this welcoming pub.

The surf thunders from the Tasman Sea as, camped at the top of a cliff near the lighthouse, we slumber in the comfort of the Maui.

Kaikoura is 181km north of Christchurch. Sandy travelled 570km from Kaikoura to Cape Foulwind along the northern of the tip South Island.

Kaikoura Top 10 Holiday Park is $48 per double for a powered site.

Momorangi Bay Campground is $21 per person for a powered site. It’s wise to book well in advance if planning to travel during peak periods.

Popular for swimming, boating, fishing and bushwalking. A pleasant 20-minute walk from the campground through surrounding forest includes a glow-worm grotto.

Kaiteriteri Recreation Reserve Camp is $46 per double for a powered site.

The gateway to the Abel Tasman National Park and situated opposite a sandy beach.

Lyell Campsite is $8 per night per adult, children $4.

Located by the Buller Gorge, it offers 18 unpowered sites and barbecues but no hot showers.

In the Buller District, which includes Cape Foulwind, you can freedom camp in a self-contained vehicle (such as our Maui) in any area outside of a “no freedom camping zone” for no more than three consecutive nights.