John Ford — 26 November 2021
With a laid-back country vibe, this Queensland city has plenty to offer travellers looking for a break on their northern migration

Proclaiming itself as the beef capital of Australia, Rockhampton is a thriving city with strong connections to the land. But for northern NSW farmers, any claims as the nation’s beef capital are fighting words because Casino had first dibs, and the rivalry runs deep. Rockhampton’s 3.5 million-strong herds settle the argument these days, though, and the city has half a dozen giant bovine statues in the main street to support their declaration.

For many, Rockhampton — or Rocky as it’s locally known — is a stopover on the drive between Brisbane and all places north. But it’s a lot more than caravan parks and cattle because loads of attractions keep visitors interested in more than just an overnight stay — mind you, a break from the Bruce Highway’s rocky ride is always welcome.

Your drive from Brisbane will have taken you 620km north and across the Tropic of Capricorn to the city’s south. Taking a bit of poetic license, the original marker was moved a few years back to outside the visitor information centre confirming your arrival to the tropics and the southern point of the sun’s ecliptic. In other words, at the December solstice, the sun is directly overhead and is as far south as it goes. 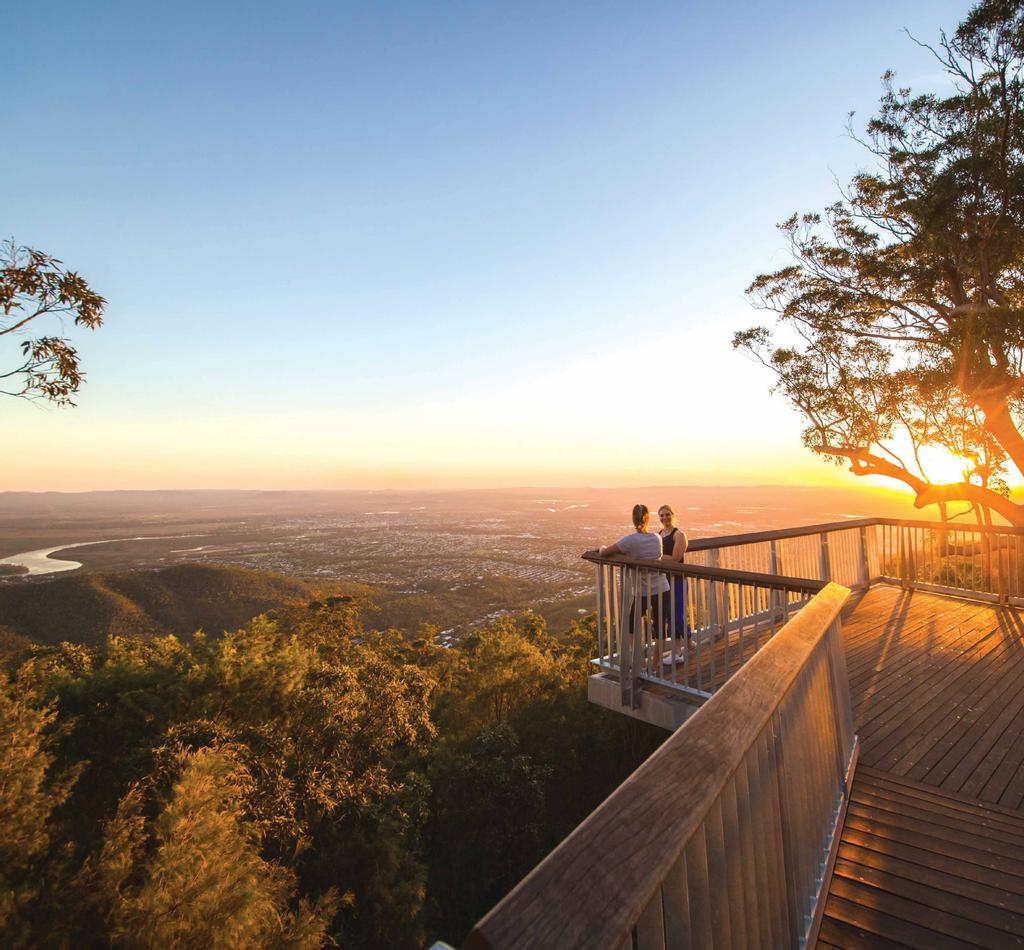 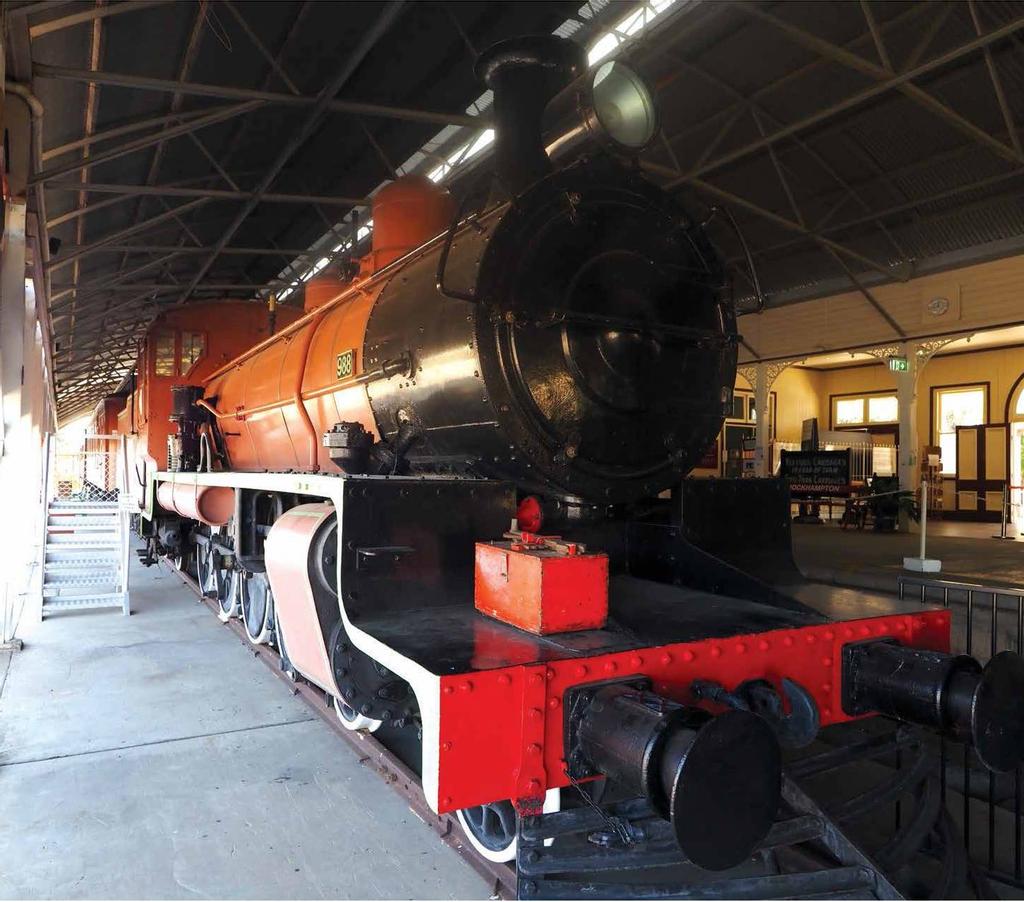 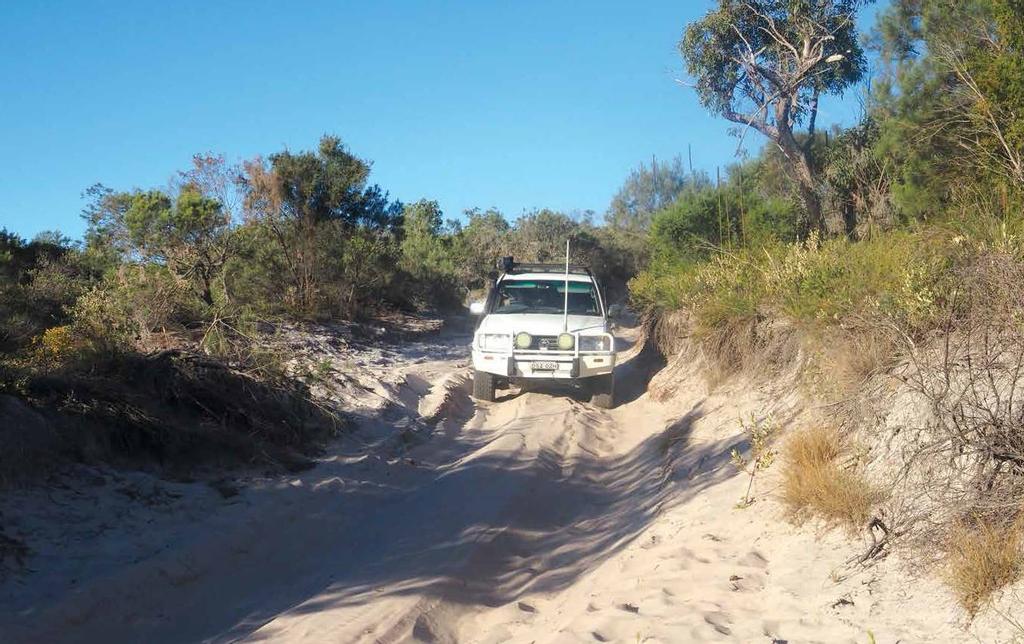 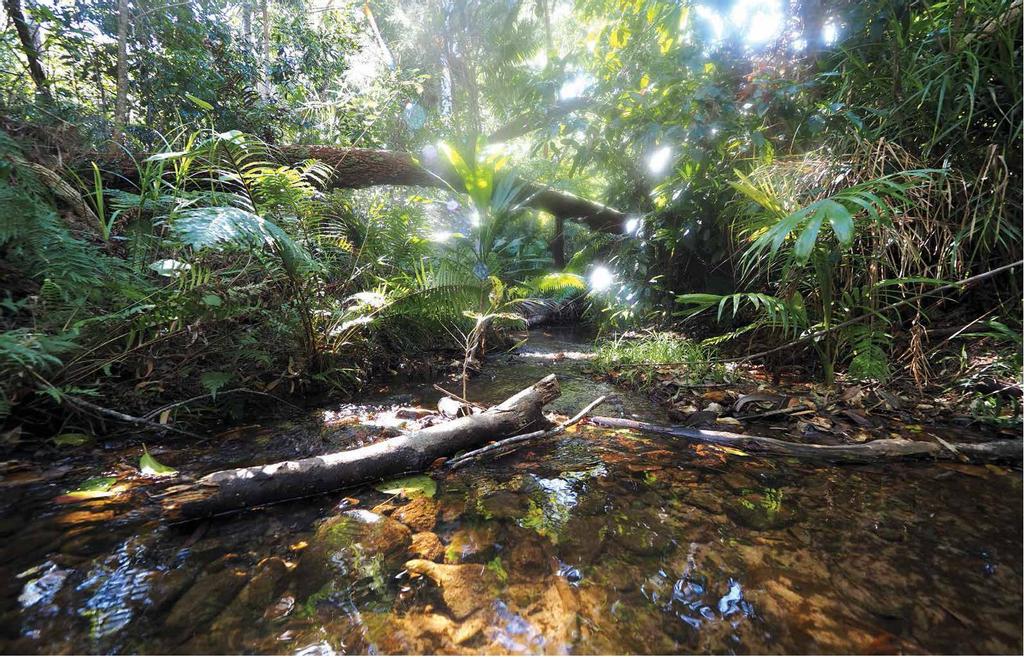 Resting either side of the Fitzroy River, Rockhampton is a city of around 80,000 residents, making it one of the largest country centres in Queensland behind Townsville, Cairns, and Toowoomba, vying for fourth with Mackay. If you were expecting a rest by a tropical Wedgewood Blue ocean, you might be in for a shock. Rockhampton is 40km from the sea on the fertile river plains under Mount Archer and the Berserker Ranges. Yeppoon and Emu Beach might beckon for a few days if you yearn for some salty revival but be aware crocks are lurking.

European settlement began in the 1850s when the Archer family established a farm at Gracemere on the southern bank of the Fitzroy. Family patriarch Charles Archer was Scotland born, but lived in Norway before migrating to Australia. He named the Berserker Ranges to the north-east of the city in memory of Norse warrior Baresark in one of those incongruous geographical mysteries. Rockhampton itself is an amalgamation of the rocky causeway in the river and an old English word for a place by a river.

LINKS TO AN ANCIENT CULTURE

Home to the Durumbal people for millennia, the Indigenous culture is celebrated at the Dreamtime Cultural Centre, set in 14ha of bushland at Red Hill, not far out of town. The Centre has been in operation since 1988 to promote greater awareness of Aboriginal and Torres Strait Islander history and culture through guides and hands-on cultural experiences. Daily tours will help you understand Aboriginal culture, and a highlight is the reconstruction of a Carnarvon Gorge cave telling stories of the Dreamtime. Tours operate weekdays at 10:30am and 1pm.

HERITAGE IN THE STREET

When gold was discovered at nearby Canoona in 1858, some 15,000 prospectors arrived to chance their luck, and the town became an important centre for trade. While the strike soon petered out, the discovery of more gold at Mt Morgan to the west, along with a port to service the central Queensland sheep and wool industry, proved to be a bonanza for the region. However, silting of the river meant the port had to be moved downstream, and Port Alma was established in 1884.

St Josephs Cathedral is one of many examples of past architecture

Prosperity of the era delivered a beautifully planned city with a wealth of Victorian architecture still drawing visitors. The historic cityscape and its proximity to the broad river would have to number Rockhampton amongst the most attractive centres in Australia.

Dozens of heritage-listed buildings, including impressive cathedrals and schools, are scattered throughout the city, with the main attraction along the river in Quay Street, where a row of 19 examples of 19th century architecture proudly stand. Note worthies are the Customs House, the Criterion Hotel and the Heritage Tavern. Elsewhere, the East Street Post Office from 1892 is another impressive monument to the past.

The Explore Rockhampton visitor centre has produced a self-guided tour of the city's historical features available in print or as a downloadable brochure or an audio phone app. The 2km walk includes the modern riverside dining precinct with enough variety to suit the fussy palate.

WHO’S WHO AT THE ZOO

Unlikely as it seems for a centre the size of Rocky, the zoo and botanical Gardens are remarkable, and they are free. We had spent hours at beaches to the north of Mackay chasing a glimpse of a cassowary without any luck, and we found one staring us in the face in its roomy enclosure. A separate walk aviary has lots of smaller birds in a maze of shrubs and trees. All up, more than 30 species are on display, including dingos, a lace monitor, emus, wombats, an enormous saltwater crocodile, and lots more.

Adjacent to the zoo is the botanical gardens that date back one hundred and forty years. Set in several acres surrounding a cafe under a giant Banyan tree are a tropical fruit orchard, a Japanese garden and a colonial experimental plot with many heirloom plants. Flocks of waterbirds cruise the lakes, and there is plenty of opportunity for a picnic or barbeque on the shady lawns.

ON THE RIGHT TRACK

For more late 1890s architecture, the Archer Park Railway Museum has a collection of classic engines and carriages at the Victorian era train station. Built to service the local area, including the seaside holiday destination at Emu park, the station opened on 11 December 1899, so just squeezes into the 19 century timeframe. But just one hundred years later, the station became a museum to welcomed train buffs.

By 1903 the facility served the Brisbane to Rockhampton line, but as the service became busier and the trains longer, the platform was too short, and the Stanley St Station became the central stop. Weekend visitors between February and November can ride one of the century-old French-built Purrey Stem Trams that used to operate in Rockhampton in the early 20th century.

Rockhampton boasts an Art Gallery that is one of the best in regional Australia with such icons as Sidney Nolan, Margaret Ollie, Arthur Boyd and Russell Drysdale. The collection has been helped by local donations and government grants and runs an acquisitive prize of $50,000 to add to the estimated $14m value. The Gallery is currently transforming to the Museum of Art, which opens in early 2022.

The sand is deep and soft at times

A kid’s paradise and a welcoming picnic and free camp, Kershaw Gardens is a great place to park the van and keep families entertained for hours. The playground features Wyatt’s Wonder Web, a nine-meter high maze of ladders, climbing ropes and slides to test your agility. The water play area is a kid-safe meandering watercourse only 200mm deep for the young ones to enjoy. A flying fox includes an all-abilities harness, and there’s a pedal monorail for a bit of aerial fun.

Capricorn Caves are about half an hour’s drive north of Rocky and are well worth visiting to explore life underground. Europeans first discovered them in 1882 when John Olsen stumbled across them while searching for a new landholding. Before long, it became a tourist destination, and Olsen set up accommodation facilities at his home and later built the Caves Hotel. For a short time, the caves were mined for guano deposited over many years by the resident bat population, but this ceased when the natural value of the caves was realised. The caves are still on private land, but facilities now include a visitor centre with a cafe and a caravan and camping park.

We visited the Cathedral Cave, a dry cavern in the limestone ridge. While it lacked the spectacular stalactites seen elsewhere, the guided tour was entertaining and educational, with an exciting run through the low tunnel in darkness and over a suspended wooden bridge at the exit if you are game. Kids will love it. Other tours take thrill-seeking visitors through some of the less accessible and more adventurous sections of the system. You can even book an underground wedding to take advantage of the isolation and exceptional acoustics.

If you have a well-equipped 4WD, a visit to the region shouldn’t go without a wander through Byfield National Park to Stockyard Point and Nine Mile Beach. You can leave the van or camp at the pretty campsite amongst the Gallery rainforest on Water Park Creek before trying the sandy hills for size. Alternate camping grounds in the park suitable for a van also includes Stony Creek.

It was pretty hot on the day we went, and the sand on the Stockyard Point track was very soft. On top of that, a mob of young fellows tried the hills without at full noise gearing down, and the sand was a real mess. It took a couple of attempts at the biggest hill, aptly named Big Sandy, but with tyre pressure down to 14psi, away we went.

From Stockyard Point, the view was worth the trouble with spectacular vistas to Five Rocks and in the north and back along Nine Mile Beach. Access onto the beach was easy, and the vast expanse of sand at low tide makes a pleasant drive with lots of fishy gutters to explore. Fresh creeks along the way make enticing camping spots if you have a tent for an overnight stay.

The Fitzroy is the largest river catchment on the Eastern seaboard, and you can target Barramundi between February and late October. With both fresh and estuary conditions, the river also offers Saratoga and King Threadfin. Lagoons to the south are also said to hold decent fish for land-based angling, but several guided charters will help your average.

Caravanners have plenty of choice for parks in the city itself, with The Discovery, Riverside and Southside Village all offering modern amenities. Options include a camping ground at the Caves and sites in the Byfield National park and the free camp for up to two nights at the council-run Kershaw Gardens that caters for fully self-contained rigs.