Tyler Jefferson — 7 February 2020
Despite the devastation caused by the ongoing fires to the east, Central Gippsland has plenty to safely see and do

The Gippsland region is one of many areas currently affected by the unprecedented bushfires sweeping much of Australia. Tragically, the terrible losses these communities are experiencing are compounded by the loss of vital income from tourism, as travellers cancel their plans during what would normally be peak season. This loss of economic activity can hinder attempts at recovery long after the fires themselves are gone.

However, Gippsland is a large part of Victoria, and at the time of writing the fires are confined to its easternmost regions. There are vast parts of it that haven’t been touched, including some of its most beautiful areas. Central Gippsland offers everything from food and wine to fishing and watersports, picturesque hiking trails and pristine national parks, all situated just a short few hours’ drive from Melbourne. 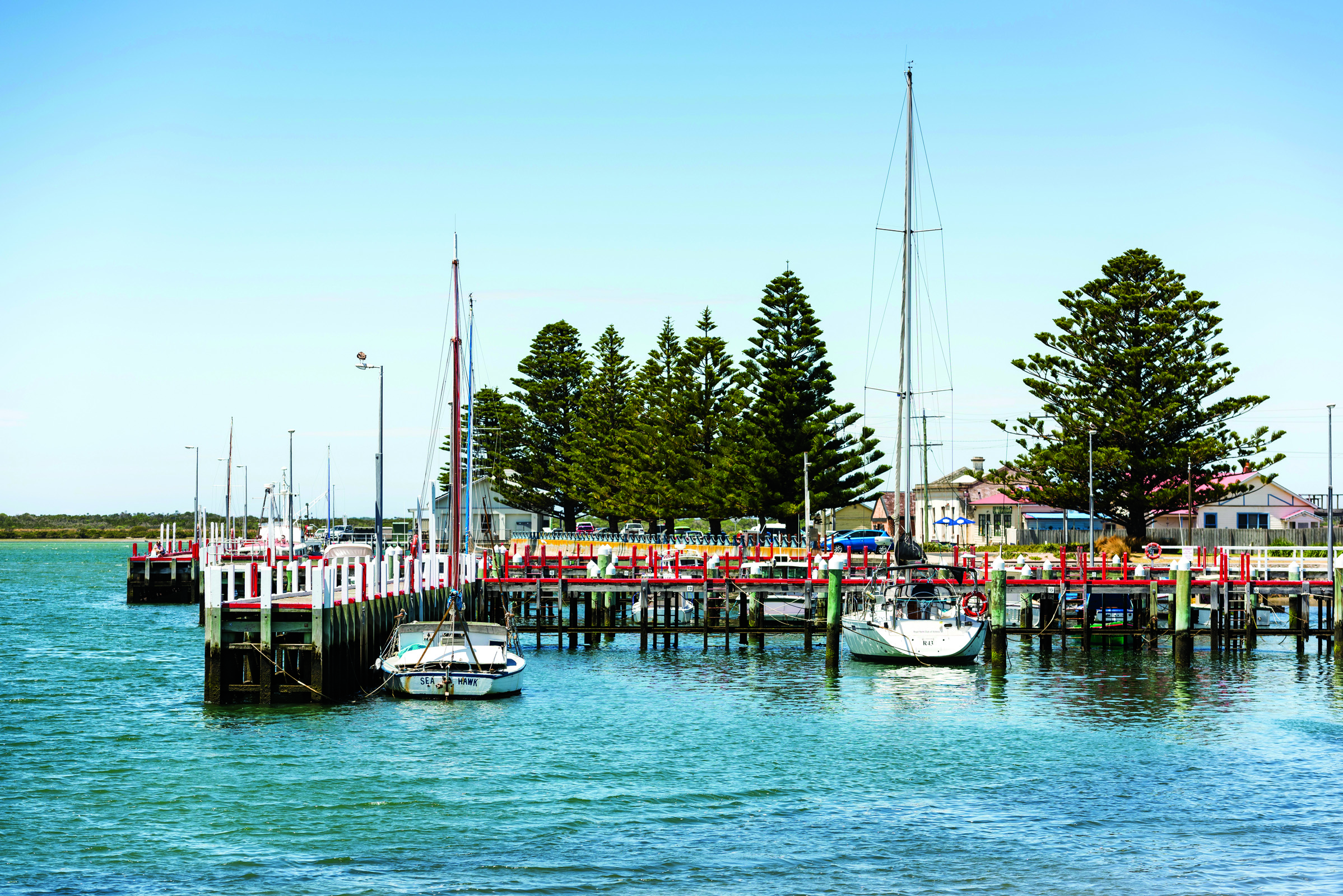 Caravan parks and facilities are a common sight in Gippsland, where local councils have made great efforts to ensure their region is RV-friendly. Seaspray Caravan Park and Woodside Beach Caravan Park are placed along the famed 90 Mile Beach, both close enough that you’ll hear the surf murmuring at night and can stroll from the door of your caravan onto the sand. 90 Mile is one of the cleanest and most pristine beaches in the world, with seemingly endless golden sand and one of Australia’s healthiest marine ecosystems, teeming with biodiversity.

Fishermen wanting to beat the crowds should consider McLoughlins Beach, a tiny community of 300 just off the southern end of 90 Mile Beach. The long history of fishing here goes back to Aboriginal communities, who harvested fish and shellfish for thousands of years. Local authorities don’t recommend swimming here because conditions can be dangerous, so you won’t be competing for space when you cast your lines out. Estuary, offshore and surf fishing are all available, and the village maintains a boat ramp, jetty and footbridge over to the beach. Silver trevally, gummy sharks, snapper and flathead are all caught here regularly.

Further south-west is Port Albert, famed for its beautiful heritage-listed buildings and rich maritime history. There are historic walks around town, to the site of the original colonial settlement and the Alberton Historic Cemetery as well as the award-winning Gippsland Regional Maritime Museum in town.

As you head into Gippsland’s rolling green countryside, the town of Yarram is central to much of Gippsland’s wild beauty. As well as being just a short drive from the sea, it’s the perfect base from which to explore Victoria’s unique cool temperate rainforests. Yarram Holiday Park has units in a number of sizes, as well as both powered and unpowered caravan spaces.

Be sure to drop into the Bull Bar & Gallery while in Yarram. This funky spot brings together seasonal local produce to showcase Gippsland’s beautiful food, craft beers, wines and gins, along with regular live music. All this in a gallery setting showing off Melbourne style street art by world famous Mongolian-Australian artist Heesco Khosnaran. You’d be forgiven for thinking you were in one of Fitzroy or St Kilda’s trendiest hole-in-the wall venues if not for the locally made food and drink. The gallery also regularly rotates other exhibitions of local and international artists.

LOSE YOURSELF AMONG THE TREES

Nature lovers should be sure not to miss Tarra-Bulga National Park, a half hour drive north of Yarram. There are many walking tracks branching out from the visitor centre through this unique wilderness, ranging from very easy and accessible for wheelchairs and prams, to slightly more challenging. While most of these tracks won’t appeal to the hardcore mountain hiker, the relaxed pace is perfect for the magical environment you’ll be descending into.

As soon as you’re on one of the shaded trails, the cool damp rainforest air beneath the primeval ferns and giant ash trees will bring a hush to your group. You’ll pass burbling creeks, gentle waterfalls and sheltered gullies to emerge into stunning lookouts. If you’re very quiet, and a little lucky, you may get to see one of the shy lyrebirds that call Tarra-Bulga home. Even if you can’t spot one, you’re certain to hear them, though you may not know it thanks to their habit of imitating and modifying the calls of other bird species. If you hear something that sounds like an avian attempt at a mobile phone ringtone, you’ll know it’s one who has encountered humans before!

Hikers looking for a lengthier and more challenging route should check out the Grand Strzelecki Track. This two day, 26.5km track stretches from Tarra-Bulga National park to Morwell National Park, connecting the Gunyah Rainforest Reserve and 30,000 hectares of privately managed protected forests along the way. It’s a fascinating journey through Australia’s natural history, the often-tragic tale of environmental destruction during and since the colonial era and the modern efforts at conservation and rehabilitation.

One of Victoria’s longest-standing caravan parks, Fernholme, is located right at the southern edge of Tarra-Bulga, nestled up against the beautiful Tarra River and sheltered by trees and giant ferns. Fernholme has been kept up to date with plenty of modern conveniences, including powered and unpowered sites, toilets and showers, kitchen, playground and cafe, though it doesn’t have a dump site; the nearest of those is in Yarram.

Of course, the most special thing about Fernholme is the flora and fauna. You’ll see possums and koalas in and around the park. You may catch a glimpse of the elusive lyrebirds and of platypus in the river, especially at dawn and dusk. Because of all this special native wildlife, dogs must be kept on a leash in Fernholme, but well-trained canine companions are welcome.

Keep in mind that dogs are never allowed in national parks, so if you’re planning a trip into Tarra-Bulga, your furry friend will have to stay behind.

Whether you’re in Gippsland to explore nature, sample the region’s food and wine or catch some sun at one of the world’s longest and most pristine beach, you’ll find plenty to do in Central Gippsland, and enough friendly locals to make you want to return again soon.